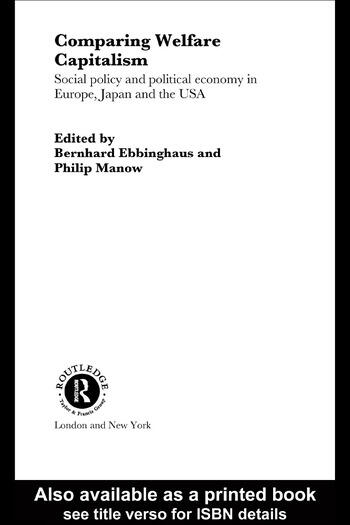 This book challenges the popular thesis of a downward trend in the viability of welfare states in competitive market economies.
With approaches ranging from historical case studies to cross-national analyses, the contributors explore various aspects of the relationships between welfare states, industrial relations, financial government and production systems. Building upon and combining comparative studies of both the varieties of capitalism and the worlds of welfare state regimes, the book considers issues such as:
*the role of employers and unions in social policy
*the interdependencies between financial markets and pension systems
* the current welfare reform process.
It sheds new light on the tenuous relationship between social policies and market economies and provides thought-provoking reading for students and scholars of Comparative Politics, Public Policy, the Welfare State and Political Economy.