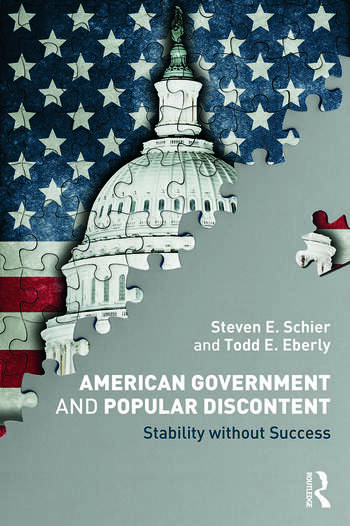 Popular distrust and the entrenchment of government by professionals lie at the root of America’s most pressing political problems. How did U.S. politics get to this point? Contemporary American politics got much of its shape from the transformations brought about from the 1950s to the 1980s. Presidential and congressional behavior, voting behavior, public opinion, public policy and federalism were all reconfigured during that time and many of those changes persist to this day and structure the political environment in the early twenty-first century.

Throughout American history, parties have been a reliable instrument for translating majority preferences into public policy. From the 1950s to the 1980s, a gradual antiparty realignment, alongside the growth of professional government, produced a new American political system of remarkable durability – and remarkable dysfunction. It is a system that is paradoxically stable despite witnessing frequent shifts in party control of the institutions of government at the state and national level. Schier and Eberly's system-level view of American politics demonstrates the disconnect between an increasingly polarized and partisan elite and an increasingly disaffected mass public.

Preface. 1. The New American Political System: An Overview 2. The Current Stable System: A Data Portrait 3. Popular Discontent and Professional Government 4. The Puzzle of Contemporary Party Politics. 5. Congress: Professionalization, Polarization and Competition. 6. The Presidency: Uncertain Leadership. 7. Public Policy and Bureaucracy: Delegated Authority and Divided Priorities. 8. The Federal Courts: The Rise of Judicial Policymaking. 9. The Road From Here: An Unsustainable Path and an Uncertain Future. Afterword: Stability and the 2012 Election

Steven E. Schier is Dorothy H. and Edward C. Congdon Professor of Political Science at Carleton College in Northfield, Minnesota. He is the author or editor of fourteen books, most recently A Transformative Presidency? Barack Obama in the White House (2011) and numerous scholarly articles. His analysis has appeared in The New York Times, Washington Post, USA Today, Atlantic Magazine and other publications.

Todd E. Eberly is an assistant professor of Political Science and coordinator of Public Policy Studies at St. Mary’s College of Maryland. He specializes in the policy and political legacies of the Great Society and published numerous scholarly articles. His analysis and commentary has been featured in the Washington Post, the Baltimore Sun, and Public Radio.

"Who to blame for the deadlock and dysfunction of American politics? Democrats point to Republicans who blame Democrats. In step Schier and Eberly, who blame a stodgy political system designed to protect the status-quo. Voters revolt, one party is thrown out of office, and the political system deploys its airbags to deaden thorough-going reform. American Government and Popular Discontent vividly weaves the theme of system stasis amidst political turbulence through the major facets of American politics – from public opinion and political behavior through our major governing institutions to public policy. Impressive synthesis, compelling reading, sobering conclusions."

"In this stimulating and incisive volume, Schier and Eberly accomplish something quite striking – they make sense of a broad variety of trends in contemporary American politics that seem to defy any synthetic explanation. The authors argue consistently and forcefully that we should view current American politics as a system – an ensemble of forces and elements that exhibit considerable stability, despite the frequent changes in party control and other signs of surface instability. We have many books that illuminate particular elements of American politics, but few if any that bring coherence to the whole. I highly recommend this book for use in upper-level undergraduate courses on modern American politics."

"Schier and Eberly offer the reader a window into the pathological nature of contemporary American politics. From the people to the president, and all else in between, this book demonstrates that the deep and bitter partisan divide in Washington is here to stay."