Agriculture and Rural Connections in the Pacific 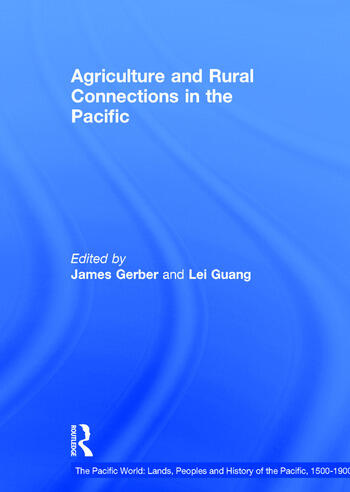 Agriculture and Rural Connections in the Pacific

Agriculture and Rural Connections in the Pacific brings together key studies from across several disciplines to examine the history of trans-Pacific rural and agricultural connections and to show an agriculturally-oriented Pacific World in the making since the 1500s. Historical globalization is commonly understood as a process that is propelled by industry or commerce, yet the seeds of global integration - literally as well as metaphorically - were sown much earlier, when crops and plants dispersed, agricultural systems proliferated, and rural people migrated across oceans. One goal of this volume is to demonstrate that the historical processes of globalization contained an agrarian dimension in which sub-national and national spaces were shaped in part through the influence of forces that originated in distant lands. Social and economic trends emanating from outside local territories had large impacts on demographic change, choices of agrarian systems, and the cropping patterns in many domestic settings. A second goal is to encourage readers to abandon the traditional Euro-centric view of events that shaped the Pacific region. The modern history of the Pacific World was undoubtedly shaped by Western imperialism, colonialism, and European trade and migration, but the present volume seeks to balance the interpretation of those forces with an emphasis on the increasing intensity of trans-Pacific interactions through rural labor migration and agricultural production.

James Gerber is Professor of Economics and Director of the Center for Latin American Studies, and Lei Guang is Associate Professor in the Department of Political Science, both at San Diego State University, USA.