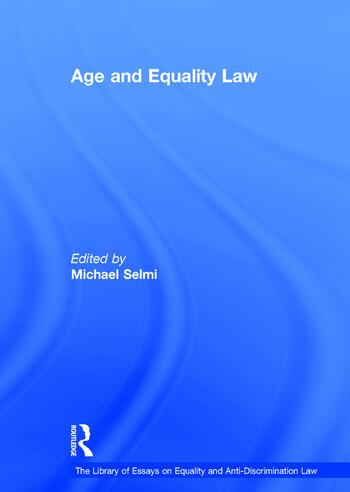 This volume brings together classic articles which explore the increasingly crucial and relatively recent concept of age discrimination. Issues relating to an ageing workforce are now widespread as many employees are either working longer in order to compensate for depleted pensions; or, in countries where there are labor shortages among younger workers, employers are trying to induce older workers to remain in the workforce. The essays in this volume explore the evolution of legislation against age discrimination as well as the legal structures relating to age discrimination in the US (where legislation is more advanced), the European Union, Canada and Australia.