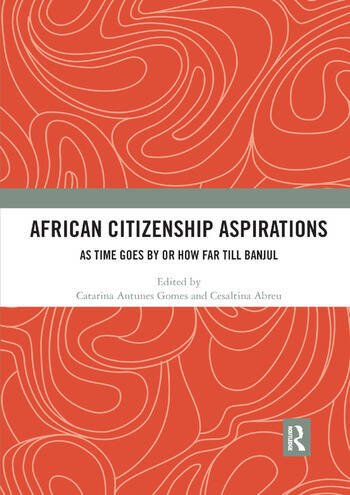 African Citizenship Aspirations: As Time Goes By or How Far Till Banjul

This collective work aims to critically reflect upon contemporary citizenship aspirations and practices in sub-Saharan Africa. Focusing on different realities, such as Angola, Mozambique and the Great Lakes region, it tries to unveil multiple historical commonalities, especially those arising from shared experiences of postcolonial violence and vulnerability. Thus, albeit the social realities under scrutiny cannot stand for the complexity of the Continent, the studies here gathered enlighten similar processes that can be identified in many other African contexts. That is certainly the case of the proliferation of religious manifestations and democratic demands that are currently being articulated in different countries such as Burundi, Central African Republic, Ethiopia, Sudan, Uganda and Nigeria.

One such commonality can be referred to as a quest for being. Indeed, this quest for being has always underpinned African discourses and practices, either in postcolonial approaches, either in intellectual traditions, either in popular productions. These multiple practices reveal how, in certain circumstances, identity, as a product of historical wills of knowledge, power and truth, can be questioned as a site of possession and entrapment. How is one to be beyond colonial possession? Or beyond postcolonial authoritarian rule? Or beyond eurocentrism?

African quests for being have always been quests for freedom. And they impose a debate on regimes of citizenship. Active citizenship is not merely a by-product of formal political systems; it is one that challenges them from the outside while actualizing the lessons of historical liberation struggles. As times goes by, the right to be still stands.

The chapters of this book were originally published as a special issue in Citizenship Studies.

1. As time goes by or how far till Banjul: African citizenship aspirations Catarina Antunes Gomes and Cesaltina Abreu  2. From citizenship to social liberalism or beyond? Some theoretical and historical landmarks José Maurício Domingues  3. ‘Queremos ser cidadãos’: citizenship in Mozambique from Frelimo to Frelimo Anna Maria Gentili 4. Power, conflict, and citizenship: Mozambique’s contemporary struggles Elísio Macamo  5. Have we failed Christianity? Or how violence in the Great Lakes region challenges Christianity and the nation state Kasereka Kavwahirehi  6. Cement citizens: housing, demolition and political belonging in Luanda, Angola Claudia Gastrow  7. On Angola as a battlefield Jonuel Gonçalves

, an anthropologist and PhD in Sociology, is co-coordinator of the Social Sciences and Humanities Laboratory at the Catholic University of Angola, Luanda, Angola.

, an agronomist and PhD in Sociology, is co-coordinator of the Social Sciences and Humanities Laboratory at the Catholic University of Angola, Luanda, Angola.