A Political Economy of Arab Education
Policies and Comparative Perspectives 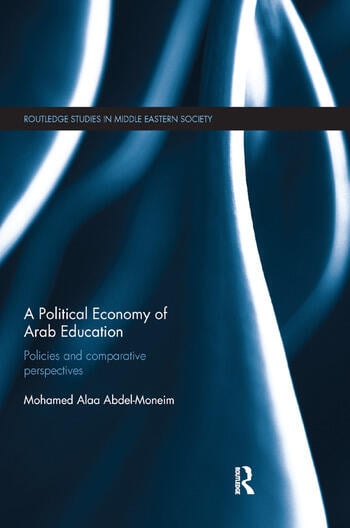 A Political Economy of Arab Education: Policies and Comparative Perspectives

The failure of reform policies in areas of critical importance to Arab populations such as health and education played a central role in igniting the Arab Awakening, yet this policy perspective has been largely absent from recent studies of the region. Arab regimes most reliant on repression to guarantee their survival were also those most vulnerable to mass politics. Where threats to regime survival have been limited, so have more meaningful reforms been possible, finding an alternative to political change through focusing on "soft policy" areas such as education.

A Political Economy of Arab Education

offers a comprehensive analysis of K-12 education systems in Arab countries, deepening understanding of their administrative structures and outcomes, and exploring how political considerations have impacted the ability of Arab regimes to engage in meaningful reform. Taking a unique comparative political economy perspective, it examines the reasons behind policy stagnation in Arab countries, addressing the effects of size, history and political stability on the design and implementation of policies and administrative structures. Its informed analysis and comparison of education systems provides new insight into Arab regimes and highlights factors pulling them towards either stagnation or reform. Examining the sustainability of reforms and establishing the benefits of engaging in meaningful change, this book sheds light on why some regimes survived the Arab Spring while others crumbled and formulates convincing predictions on the potential for future regime change in the region.

This book will be of key interest to students and scholars of Middle Eastern Studies, International and Comparative Education and Development Studies.

Introduction 1 The First Story: Education that doesn’t pay! 2 The Second Story: The History Story Independence, Oil, and Political Stability 3 The Third Story: Incentives Who Wants Reform and Why? Or Why Not? 4 The Fourth Story: The Story of Reform A Framework 5 The Fourth Story: The Story of Reform (Continued) The Slow and the Swift 6 Conclusion The Arab Awakening, Authoritarianism, and Policy Reforms in Arab Countries

Mohamed Alaa Abdel-Moneim is Assistant Professor in the Faculty of Economics and Political Science at Cairo University, Egypt, and currently a Professorial Lecturer in the School of International Service at American University. His research focuses on comparative political economy, education reform, and political transition in the Middle East.