A History of Popular Education
Educating the People of the World 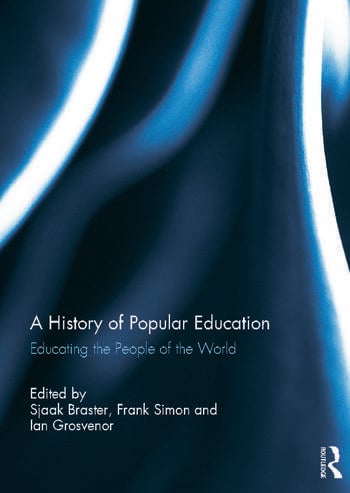 A History of Popular Education: Educating the People of the World

Popular Education is a concept with many meanings. With the rise of national systems of education at the beginning of the nineteenth-century, it was related to the socially inclusive concept of citizenship coined by privileged members with vested interests in the urban society that could only be achieved by educating the common people, or in other words, the uncontrollable masses that had nothing to lose. In the twentieth-century, Popular Education became another word for initiatives taken by religious and socialist groups for educating working-class adults, and women. However, in the course of the twentieth-century, the meaning of the term shifted towards empowerment and the education of the oppressed. This book explores the several ways in which Popular Education has been theoretically and empirically defined, in several regions of the world, over the last three centuries. It is the result of work by scholars from Europe and the Americas during the 31st session of the International Standing Conference on the History of Education (ISCHE) that was organised at Utrecht University, the Netherlands in August 2009.

This book was originally published as a special issue of Paedagogica Historica.

Sjaak Braster is Associate Professor for Sociology of Education at Erasmus University Rotterdam, The Netherlands, and was Emeritus Professor of History of Education at Utrecht University, The Netherlands from 2003 to 2010. In 1996 he published his Ph.D. thesis on the identity of public education. Previous publications include The Black Box of Schooling. A Cultural History of the Classroom (2011) (with Grosvenor & Del Pozo), and Passion and Pragmatism. The Educational Inspectorate and the Rise and Fall of Classroom Teaching (2011).

Frank Simon, is Professor Emeritus in the Foundations of Education Department at Ghent University, Belgium. His research deals with pre-school and primary education in Belgium (education policy, teacher unions, the teaching profession). For the last decade, he has worked in collaboration with the Centre of the History of Education at the Katholieke Universiteit Leuven, Belgium. His research focusses on everyday educational processes and practice, classroom and curriculum history, education and cultural heritage, and Progressive Education, in particular looking at the biography of Ovide Decroly. He was Editor-in-Chief of Paedagogica Historica: International Journal of the History of Education from1992-2007, and chairperson of the International Standing Conference for the History of Education (ISCHE) in 2006-2009.

is Professor of Urban Educational History at the University of Birmingham, UK. He is author of numerous articles and books on racism, education and identity, the visual in educational research, the material culture of education and the history of urban education. Previous publications include include Silences and Images: The Social History of the Classroom (1999) with Martin Lawn and Kate Rousmaniere, The School I’d Like (2003) and School (2008) both with Catherine Burke , Materialities of Schooling (2005) with Martin Lawn and Children and Youth at Risk (2009) with Christine Mayer and Ingrid Lohmann.